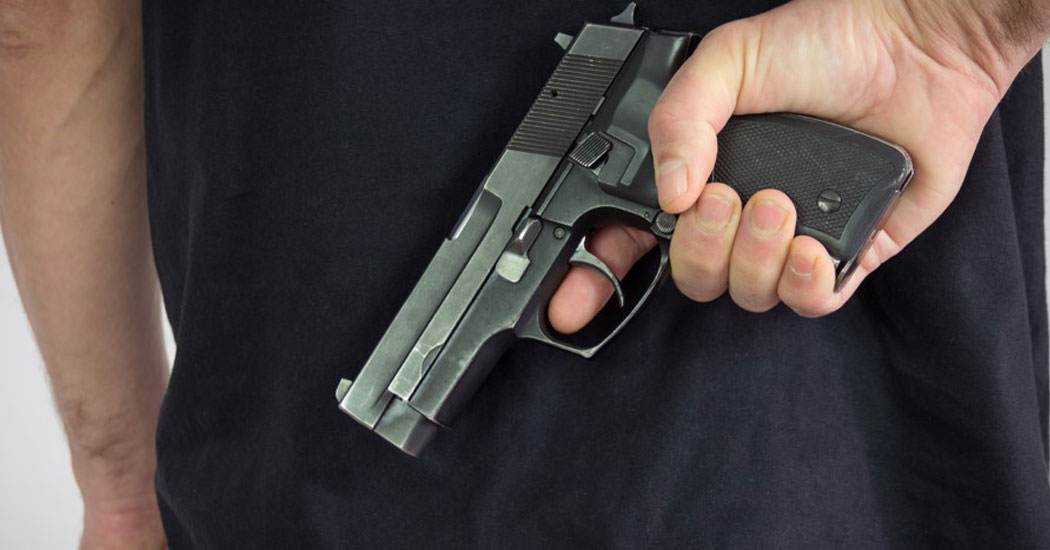 It’s not uncommon for upstanding and law-abiding citizens to find themselves fighting felon possession of firearm charges. Any gun crime is a serious charge with severe consequences, including significant fines and time behind bars. So, it’s best to avoid gun crimes and remain aware of your surroundings. According to California law, a felon may not purchase a firearm or possess one at any time. Failure to adhere to this law can carry additional felony charges, fines, and incarceration.

Most people find it hard to believe that anyone could “accidentally” possess a gun or find themselves in this situation. However, there are several “wobble” crimes in California that can be charged as either felonies or misdemeanors. It’s entirely possible for people with low-level felonies to have never served time in jail or prison. If they paid a fine and were released, it’s easy to understand how it could be forgotten about almost immediately as a non-issue.

The most common “wobbler” offenses include:

Even if an individual with a felony was convicted of a crime decades ago and has since rehabilitated their life, a gun possession charge could derail their hard work. It’s easy to forget about a minor legal challenge that was settled without incident, but sadly, criminal records don’t disappear just because many years have passed.

If you’ve found yourself in legal trouble, contact us now at (562) 372-6366 to schedule a consultation to review your case.

What is Constructive Possession of a Firearm?

There are incidents where felons have been charged with gun possession because they were traveling in a vehicle with a concealed gun. A felon cannot own, possess, or operate a firearm, and in most cases, possession even extends to access to a firearm. In California, the law states that you are in “constructive” possession of an illicit item if you can access it. Constructive possession reasoning establishes that easy access to an illicit item is the same as possession. Examples of locations where constructive possession could be applied would include your home, office, storage unit, or vehicle.

The legal requirement for constructive possession requires that the felon control the area where the illicit item is or was located. Given constructive possession laws, it can be challenging for a felon to live in a home with a gun owner without breaking this law. If the police have cause to enter your home, for example, after a break-in, and they find a weapon was discharged – any felons in the home could be in serious legal trouble, even if the weapon is licensed to someone else. Being charged with possessing a firearm as a felon using constructive possession grounds can be difficult to defend against if you aren’t prepared with a sound legal strategy. These types of legal circumstances can be challenging for prosecutors to prove in court, so securing experienced legal representation for your California firearm possession case is vital.

California has some of the strictest gun laws in the United States. Many felony crimes, even minor ones, can result in the loss of gun ownership rights. Additionally, several misdemeanors can also lead to firearm ownership and possession restrictions. According to California Penal Code 29800(a)(1), convicted felons, drug addicts, or any person included in an active felony warrant is not allowed to possess, own, or purchase a firearm. For the purposes of determining access to guns, California denies access to felons from any state or with federal felony convictions. If a felon is found in possession of a gun, if charged and convicted, they face up to 3 years in prison and a fine of up to $10,000.

“Any person who has been convicted of a felony under the laws of the United States, the State of California, or any other state, government, or country, or of an offense enumerated in subdivision (a), (b), or (d) of Section 23515, or who is addicted to the use of any narcotic drug, and who owns, purchases, receives, or has in possession or under custody or control any firearm is guilty of a felony.”

These restrictions are lifetime bans for felons, and most misdemeanor bans last for ten years. Felons can request restoration of their gun rights, but approval is determined by the governor and requires many legal steps.

Legal Defenses for Felons Charged With Gun Possession in California

Fighting a felony gun possession charge can be challenging, even if the evidence is inconclusive. In many cases, the prosecutor has some control over how the crime will be charged. Many instances of felon possession of a firearm are based on constructive possession, and even if you were alone in your home or the vehicle where the weapon was located, it might not be enough to prove the charge.

Your attorney may fight a felon possession of a firearm charge by asserting:

At Gibbons & Gibbons, our attorneys have experience handling thousands of cases, and we can help you meet your legal goals. We excel in every area of legal work. Whether your case goes to court or is settled outside the courtroom, our Los Angeles criminal defense attorneys are always ready to fight for you!